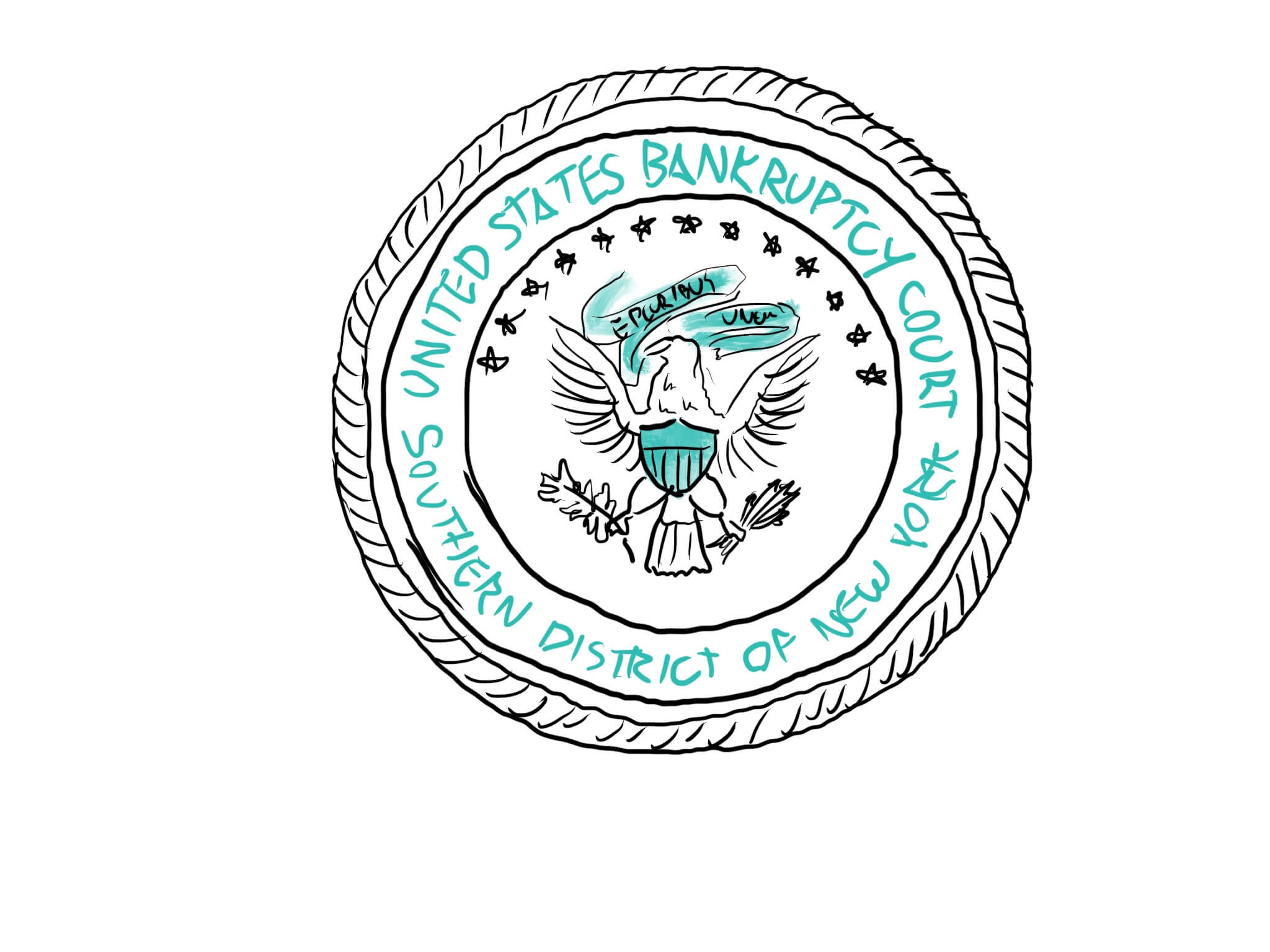 Building something of value to others is a constant game of test and correct. If we then want to be of service to others, the process of building that value is all the more difficult as one engages with the regulatory landscapes necessary to affect a positive impact. This challenge was something that Upsolve’s cofounder Rohan Pavuluri tackled first hand as he set out to build tools for low income Americans to reclaim their financial agency through easier access to bankruptcy filings.

UpSolve is a software layer over top of more traditional legal aid clinics, aimed at supporting low income Americans facing crippling levels of debt. The American legal system has a support structure in the form of chapter 7 (or chapter 13) bankruptcy, which can erase most debts and in many cases gives the filer a fresh start. This is often the only option for lower income Americans facing crippling medical bills, civil rulings, or out-of-control credit card debt. Of course, it comes with many disadvantage, and navigating those downsides is part of the support that UpSolve provides.

Today, the primary way one engages with bankruptcy filings is through a legal clinic: either through a public interest lawyer or (if you’re on the wealthier side) a personal attorney. This process can be lengthy, time consuming for both the applicant and the lawyer, and ironically, quite expensive. It also involves representation by a legal professionals, which both aids and complicates the process as people try to navigate the system.

UpSolve takes an approach championed by organizations like the US Digital Service (of which the author is a former member) and Code for America. Dig deep into the experience of user as they navigate this space, and look for those places where design and technology might be able to streamline the saving process. Often, that streamlining looks like a digitization and templating of certain steps in the process. Better digital forms, shared identity management, and streamlined and review are all ways that engagement with a bureaucratic information system can be made easier for the user.

Digitizing and improving the user experience of a bureaucratic process is often just the first step in this broader process. Ultimately, this first act of creating value for citizens serves as not just as an act of improvement, but also an act of discovery for the public interest entrepreneurs. Through applying the grease and polish of an industry best practice, we also surface the things that traditional design and engineering skill sets have a harder time impacting. Things like regulation, policy, and the black matter of unfamiliar industries (like the law). What Rohan and his collaborators discovered was that building software to help change the status quo involves a lot more than they had expected.

Complex Coordination is a concept I had originally heard of from Peter Thiel as he described the true challenge of creating innovative products. Something like an iPhone and a Tesla look obvious in retrospect, but require an incredible martialing of resources across different facets of an industry. A tesla, for example, requires development of rechargeable battery technology, which also requires both R&D capabilities and access to a reliable Lithium supply chain, which requires coordination across value chain around that one facet of the end product. It also requires local, state, federal, and now international coordination looking at standards around power delivery, distribution of charging stations, and supporting product ecosystems around a product that looks and delivers the same end outcome as a car, but is wildly different in how it attains those ends.

Rohan’s team encountered a different kind of complex coordination challenge in their mission to enhance the financial independence of low income Americans. They had to deal with an ossified legal system that was showing cracks in its ability to service a mounting population of Americans crushed by medical and consumer debt. While they had the right skills to quickly develop a digital version of these forms, they needed to identify and leverage the right forces within the legal and professional systems surrounding bankruptcy to have the kind of impact they aspired to.

When building a mission-driven software business –something I’ve been calling a Social Product Venture– it often makes sense to create a for-profit business, and do the extra leg work to embed the right infrastructure within the business (hiring decisions, by-laws, board, etc) to balance the fiduciary responsibilities of the business AND the social responsibilities. I’ve written about Propel as well, who have such a structure and have taken steps to create this kind of support structure. This can give the social product venture an opportunity to pursue multiple types of funding, be more flexible in its pursuit of supporting business models, and vitally, it requires the business to consider the sustainability of its software as it rolls out in the long term. Sustainability includes driving towards an exit for the business into a larger organization or to an adjacent organization, or creating a model that self-supports its operations and development. But using a for-profit structure is not the only option, and can sometimes serve to undermine the mission. For Rohan, this was effectively summed up in his statement that “extreme poverty doesn’t have a business model.”

Instead, Rohan and his team decided to pursue a non-profit 501(c)(3) structure. 501(c)(3) is a non-political tax exempt organization that is supposed to operate in the public interest. These includes great organizations like ProPublica, Mozilla, Planned Parenthood Federation of America, and others. Large and successful organizations have been built as 501(c)(3)s, but they are often supported by donations and membership, through grants, and often struggle to acquire a recurring revenue stream. They also are unable to interact meaningfully with many of the core tools that for-profit businesses use to capitalize their work, such as issuing stock and bonds, or taking on debt financing (non-profits can still do this, but usually shouldn’t…).

The decision for UpSolve to go the 501(c)(3) route has its roots in the question of complex coordination of actors and advocates in the bankruptcy space. Central to the question of providing bankruptcy advice and services to Americans is the need for professionalized legal council. Products like Turbotax can make this process appear deceptively simple with a 15 year head start and years of lobbying work, but the reality that Rohan and his team had to face was they were a new player in an old space with many incumbents. Their pathway forward was to find the right collaborators, and the 501(c)(3) status served as an outward facing indicator of their commitment to the public interest mission they were pursuing.

Through effective signaling of intent and values, UpSolve’s corporate structure enabled them get in the door to some of their early advocates and advisors. They connected with a US senator, with a federal judge, and with legal teams within Harvard University. They connected with Blue Ridge Labs as well, a non-profit accelerator program focused on poverty alleviation in New York. Despite its non-profit status, Blue Ridge Labs funds both for-profit and not-for-profit ventures, which is where Propel and UpSolve have a common ally: in fact, Jimmy Chen from Propel was an advisor to Rohan during his fellowship there. This connection with Blue Ridge got Rohan his first real funding, giving him the runway, time, and mentorship to engage with the problem more fulsomely.

UpSolve’s time with Blue Ridge helped them build out and test a prototype in New York, where they helped forty low-income Americans file go through their legal aid process and file in the state of New York. This success helped them get to their next steps and stages of funding, which included $160,000 in grant funding from the US Legal Services Corporation, a 501(c)(3) legal aid entity supported and managed by the Office of the President and the Senate. This money is empowering the UpSolve team to scale across the country, taking a federal lens to different state-based legal aid services to empower different legal aid clinics to more effectively provide services to their constituents, and also unlocking a path to scale and sustainability that would not have manifest without their decision around corporate structure and partnership.

Upsolve is still a young venture with a long road ahead, but they’ve been taking excellent steps to make sure that their runway doesn’t disappear before they’ve realized their mission of helping debt encumbered Americans start over.

Considering UpSolve, there are four key lessons that I’ve taken away from their process.

Upsolve serves as an incredible example of social entrepreneurship, navigating a complex and under resourced space to do good. You can learn more about UpSolve on their website, and I’d encourage you to share their work with those who might benefit from it. More broadly, if you find yourself looking at a social injustice and thinking “That’s not right. I wonder if I can do something”, I’d encourage you to take a page from the manual that Rohan and others are starting to assemble through action and experimentation.